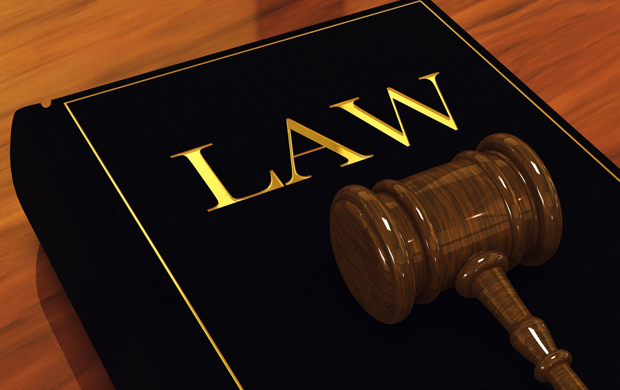 Some of the most common terms used by a legal practice are below. This glossary is a general guide only, and does not replace legal advice.

ANSWER: A formal statement, generally written, stating the defence of a legal case.

APPEAL: A request to take a case to a higher court for review. No new evidence may be introduced during the appellate process; the reviewing court considers only whether errors occurred during prior proceedings.

ARRAIGNMENT: The accused is brought before the Court to plead to the charge against him.

ACQUITTAL: A finding by a judge or jury that a person tried for committing a crime is not guilty.

BAIL: To set free a person arrested or imprisoned (pending trial or resolution of an appeal), in exchange for security such as cash. Bail is forfeited if the person fails to appear in court as directed.

BRIEF: A written document presented to the court by a lawyer which sets forth both the facts of the case and the law which supports the lawyer’s case.

BURDEN OF PROOF: In the law of evidence, the necessity or duty of affirmatively proving a fact or facts in a dispute.

CIVIL CASE: A matter or case pertaining to the private right of an individual.

CHARGES: A formal accusation of having committed a criminal offence.

COMMON LAW: Law based upon previous decisions of courts.

CONTRACT: A mutual agreement between two or more parties, in which each party gives up something of value and gains another thing of value.

CONVICTION: Finding that a person is guilty beyond a reasonable doubt of committing a crime.

CRIMINAL CASE: A case concerning an act considered harmful to the general public that is forbidden by law and punishable by fine, imprisonment, or community service.

DAMAGES: An amount of money which may be recovered in the courts by any person who has suffered loss, detriment, or injury through the unlawful act or negligence of another.

DECREE: A decision or order of the court. A final decree is one which fully and finally disposes of litigation; an interlocutory decree is a preliminary decree which disposes of a particular issue within the litigation.

DEFAULT: A “default” in an action at law occurs when a Defendant fails to appear at the trial or to plead within the time allowed. Typically, when a Defendant defaults, the court enters an order in favor of the Plaintiff.

DEFENDANT: A person sued in a civil suit or accused of a crime.

DEPOSITION: The testimony of a witness not taken in open court, but pursuant to authority given by statute or court rule to take testimony elsewhere. Deposition testimony may be introduced as evidence in a court proceeding.

DOCKET: A list or index of cases and case events maintained by the clerk of court. A list of cases on a court calendar.

EVIDENCE: A fact presented before a court such as a statement of a witness, an object, etc., that bears on or establishes a point in question.

HABEAS CORPUS: “You have the body.” A petition to bring a person before a court or a judge. In most common usage, it is directed to the official person detaining another, commanding that the person to produce the body of the prisoner or person detained so the court may determine if such a person had been denied his or her liberty without the process of law.

INDICTMENT: An accusation in writing found and issued by a grand jury, charging that a person named has done some act, or is guilty of some omission, which by law is a crime.

INFORMATION: A formal accusation of crime, based on an affidavit of a person allegedly having knowledge of the offense.

INSTRUCTIONS: Directions given by the judge to the jury concerning the law of the case.

INTERLOCUTORY: Preliminary. An interlocutory appeal involves an appeal of a matter within a case before the case is concluded or final.

JURISDICTION: The right and power to interpret and apply the law. The extent of authority or control.

JURY: A number of people, selected according to law, and sworn to inquire of certain matters of fact and declare the truth upon evidence laid before them.

LIEN: An encumbrance upon property, usually as security for a debt or obligation.

MISDEMEANOR: Offences considered less serious than felonies. There are three classes of misdemeanors; simple, serious, and aggravated. Examples of misdemeanors include minor traffic violations, thefts of property not exceeding $500 in value, trespass, and disorderly conduct.

MOTION: An application to the court requesting action in a pending case. Usually, a motion concerns an issue with the court’s discretion.

NEGLIGENCE: The omission or neglect of reasonable precaution, care, or action.

NOTICE OF APPEAL: A filing made with an appellate court to appeal a ruling made by a lower court.

OPINION: A formal statement by a judge or justice of the law bearing on a case.

ORIGINAL JURISDICTION: The power of a court to hear a case for the first time instead of waiting for the case to be tried in a lower court.

PARTIES: The persons who are actively concerned in the prosecution or defence of a legal proceeding.

PETITION: Written application to a court requesting a remedy available under law.

PLAINTIFF: A person who brings an action; the party who complains or sues in a personal action and is so named on the record.

PLEAD: A formal statement, generally written, propounding the case of action or the defence of a legal case.

PRELIMINARY HEARING: Synonymous with preliminary examinations; the hearing given before a magistrate or a judge to determine whether a person charged with a crime should be held for trial.

PRIMA FACIE: So far as can be judged from the disclosure; presumably; a fact presumed to be true unless disproved by some evidence to the contrary.

PROBABLE CAUSE: A constitutionally prescribed standard of proof; a reasonable ground for belief in the existence of certain facts. The burden of proof necessary for an indictment or trial information.

PROBATION: A form of criminal sentence in which an offender agrees to comply with certain conditions imposed by the court rather than being put in jail or prison.

PROSECUTOR: One who initiates an accusation against a party suspected of committing a crime; also one who takes charge of a case or performs the function of a trial lawyer in a criminal case on behalf of the state or the people.

PUBLIC DEFENDER: A lawyer employed by the government to represent a person accused of a serious crime and who cannot afford to hire a lawyer.

PUNITIVE DAMAGES: Damages in excess of actual damages that are assessed as a form of punishment. Typically, punitive damages apply when a Defendant’s behavior is found to have been willful or malicious.

RESTITUTION: An equitable remedy under which a person is restored to his or her original position prior to loss or injury.

SENTENCE: Judgment formally pronounced by a judge upon Defendant after the Defendant’s conviction in the criminal prosecution.

SERVICE OF PROCESS: The act of providing an opposing party with notice of a pleading or action to assure that the opposing party is aware of the action and is given an opportunity to appear.

STATUTE: A law adopted by the legislature.

STIPULATION: An agreement by attorneys on opposite sides of a case as to any manner pertaining to the proceedings or trial; stipulations must be in writing and agreed to by the parties.

TESTIMONY: Spoken evidence given by a confident witness, under oath, as distinguished by evidence derived by writings and other sources.

TRIAL INFORMATION: A document filed by the prosecutor, which states the charges and evidence against a defendant in a criminal case.

VERDICT: The formal decision or finding made by a jury and accepted by the court.

WARRANT: A writ or order authorizing an officer to make an arrest, conduct a search, or to perform some other designated act.

WITNESS: One who testifies to what he or she has seen, heard, or otherwise observed or testifies to his or her opinion based on a hypothetical statement.

WRIT: An order issued from a court requiring the performance of a specified act, or giving authority and commission to having it done.